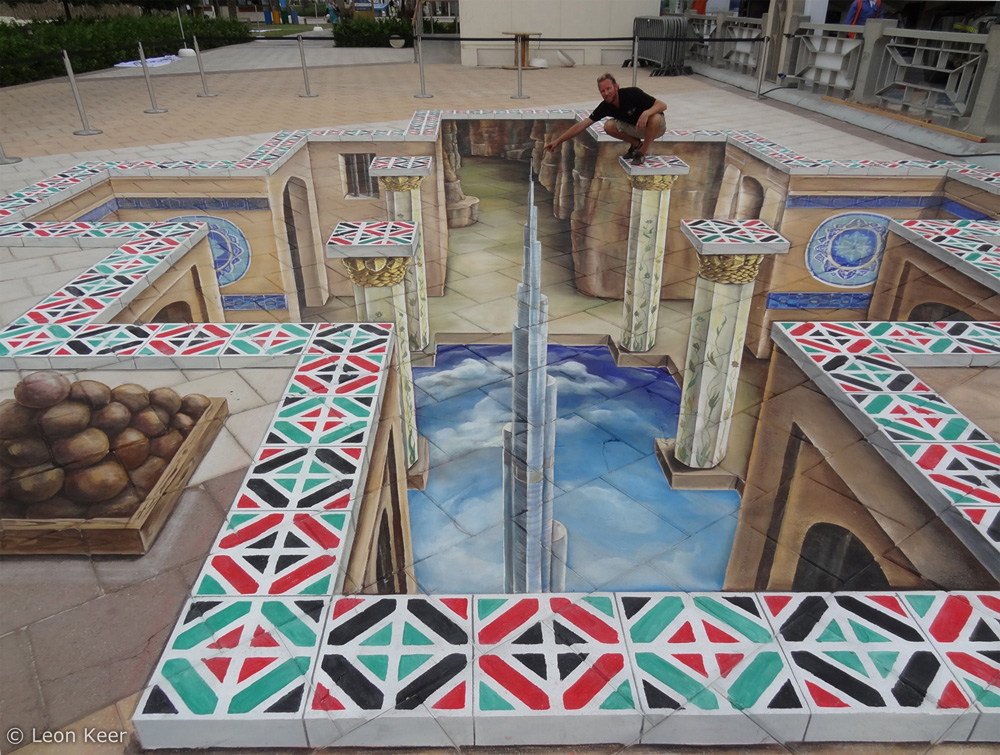 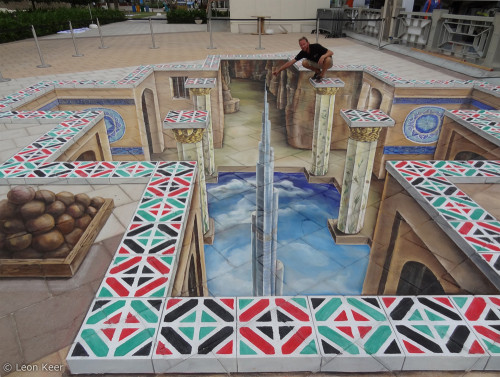 3D street painting at the Corniche in Abu Dhabi 2011.
Celebrating the 40th anniversary of the United Arabic Emirates (UAE). Design of this 3d street art by Leon Keer©. Creation by Leon Keer and Peter Westerink.
The design was made in chalk to honor the landmarks of the 7 emirates during their ‘National Day’. You can see the columns of the Grand Mosque, the Burj Khalifa and some elements of Sharjah’s Souk Al Markazi. The 3d streetpainting was made in 2011 on the Corniche of Abu Dhabi. In the anamorphic drawing you can see the spirit of the union represented by 7 landmarks of the UAE.